Amazing swell guy, billionaire, owner of Genii magazine, magician, and Gearbox Software genius Randy Pitchford has purchased The Magic Castle in Hollywood. For the very first time, the building, land, and intellectual property are owned by a single entity, saving the famous private club from almost certain doom in the coming years. Great things are coming! Read more at the links below. 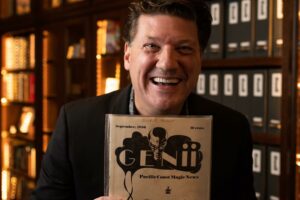